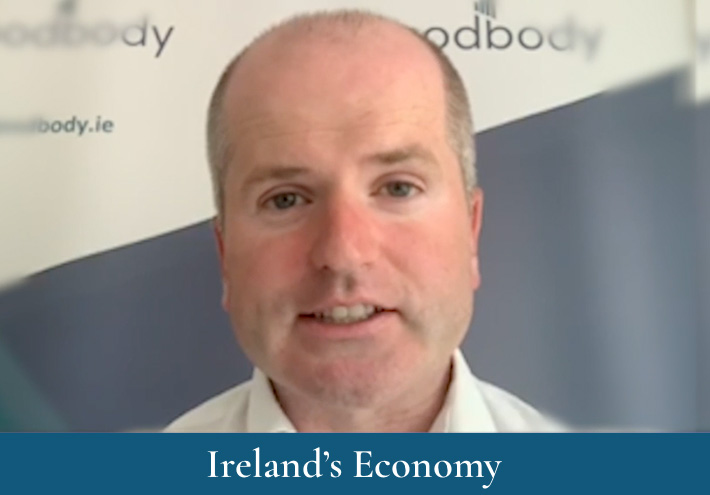 Ireland is one of the most open economies in the world with a large and vibrant international business sector and a diverse, well-educated workforce.  Given its small size, policymakers have long recognised the country has to embrace openness to international trade and migration if it is to continue to raise living standards in the country.

This has resulted in an intense focus on attracting foreign direct investment, with these companies then exporting their goods and services to the EU single market and beyond. This strategy was incredibly successful in Ireland’s emergence from the global financial crisis of 2008 and subsequent economic adjustment programme. In the seven years, from 2013-2020, Ireland was the fastest-growing economy in the euro area, with rapid jobs growth contributing to a substantial fall in the unemployment rate.

The IDA, Ireland’s investment agency, has been very successful at identifying growth industries over the decades and then relentlessly pursuing the most successful businesses in those industries. This is shown by the fact that the top ten pharmaceutical companies have operations in Ireland, while the largest technology companies in the world also have European headquarters based in the country.

Ireland’s young, skilled workforce, great connectivity and an attractive business environment has attracted many of the world’s largest financial institutions, technology companies, and pharmaceutical firms to set up their European headquarters there.

Indeed, Ireland is often referred to as ‘Europe’s Silicon Valley’ as it is one of the few countries in Europe that has a rapidly-growing employment rate. This was an extremely high 75% in 2019 and according to some sources such as PwC, Ireland will become the fastest growing economy in the Eurozone by 2024.

This suggests that the current strong demand for talents in the country will continue with high demand in the sectors of Business & Finance for accountants, business intelligence analysts, financial advisers, risk and compliance professionals, in Engineering for biomedical engineers, chemical engineers, electrical engineers, energy engineers and in IT for app developers, data analysts, software developers, IT support specialists and programmers.