Hong Kong, 1 September 2021 – Bartra Wealth Advisors, a subsidiary of Ireland’s leading real estate developer Bartra Group and the first Irish developer providing direct Irish immigration investment advisory in Hong Kong, participated in the 2nd International Immigration and Property Expo from 28-29 August 2021. Over 16,000 visitors attended the expo, an increase of approximately 40% compared to the last event in March this year, representing a significant rise in the public’s interest in immigration. A number of talks and briefing sessions were held in the exhibition to introduce the ways and advantages of investment immigration to Ireland to the public. During the expo, Bartra received onsite enquiries from more than 200 clients.

This year, Bartra has processed approximately 20 applications for Ireland’s Immigrant Investor Programme (IIP), amounting to a total investment of about HK$200 million. Among them, 4 applicants originally intended to immigrate to the UK through the BN(O) scheme, but finally decided to apply for Ireland’s IIP instead. Jeffrey Ling, Bartra Wealth Advisors Regional Director, said, “Some clients applied for Ireland’s IIP to obtain a safety net when applying for immigration to the UK through the BN(O) scheme. It was mainly because Ireland is close to the UK (about an hour flight) and it is an English-speaking country. Irish citizens not only can access the UK under the Common Travel Area (CTA) Agreement, they can also access 27 European Union countries as its member state. Moreover, due to the high residing flexibility in Ireland’s IIP scheme, Ireland’s IIP applicants are only required to enter the country once and stay for one day every year to retain their PR status and the right to abode.”

Currently, applicants to the BN(O) scheme are not entitled to Public Funds, they are also not able to fully access the public health and educational systems in the UK. Moreover, a large number of commercial and financial institutions have moved their European headquarters out of the UK after Brexit, including Barclays and HSBC Holdings Plc., increasing uncertainties for the employment prospects for applicants to the UK. Ireland, as a member state of the European Union, appeals to clients who also applied to Ireland’s IIP for protection. In addition, since the HKSAR government has ceased to recognize the BN(O) passport as a valid travel document and identity proof since January 2021, Hong Kong citizens are concerned that they may not be able to apply for the early withdrawal from the Mandatory Provident Fund (MPF) scheme through their BN(O) passports or the related visa applications.

Bartra has noticed that the desire of Hong Kong families to emigrate has increased sharply lately, and today Ireland is becoming one of the most popular destinations for immigration. In the first half of 2021, the monthly average search volume of “IrishImmigration” in Chinese reached approximately 1,000 searches. Furthermore, Bartra’s 20 successful applications to Ireland’s IIP this year, represents a significant increase from the 50 cases in the 17-month period from August 2019 to the end of 2020. Traditionally most Hong Kong emigrants have chosen English-speaking countries in Europe and North America as their destinations, explaining the considerable appeal of immigration to Ireland to Hong Kong people where English is the spoken language of the majority as well as the dominant business language.

Immigration to Ireland through the IIP is fast tracked and flexible. It takes about 6 months for approval. Applicants are only required to reside one day per year in Ireland to maintain their residency; in other words, they can obtain a foreign residency without relocating and freely decide when to become a tax resident. In addition, Ireland is the only English-speaking country in the European Union, which presents fewer language barriers for Hong Kong emigrants. The accompanying children of IIP applicants to Ireland can also enjoy Ireland’s free education and free choice of schools. The Irish education system is among the top globally, ranking seventh in the world. In addition, Hong Kong families are often pleasantly surprised when they discover Ireland is part of the Common Travel Area (CTA), which allows Irish Citizens to live and work in the United Kingdom’

Bartra commands unrivalled creditability in Irish immigration consultancy services. This year marks the fifth anniversary of Bartra’s establishment in Asia. The offices of Bartra in the Asian region are located in Beijing, Shanghai, Shenzhen, Hong Kong and Vietnam – together they have processed more than 350 successful cases. Apart from serving local clients, Bartra also serves clients from Taiwan, India, Singapore, the Philippines, Macau, the United States, the UK, and the United Arab Emirates, proving its wealth of experience.

The Social Housing and Nursing Home projects Bartra offers to IIP clients for obtaining permanent residency in Ireland can be achieved in three or five years (4% flat annual interest rate for the 5-year option), and both guarantee 100% investment capital protection. They each have an approval and renewal rate of 100%. Apart from cash, for asset value proof, IIP applicants can use stocks, funds, cash value of insurance policies, properties, or even parking spaces, valuable paintings or collectables etc. Applicants can also choose to use wealth management services to cash out for their investment into IIP.  Some clients will seek advice from financial services to pledge/refinance their assets to fund investment immigration in the current low-interest environment so as to obtain residency without disposing their existing investments. 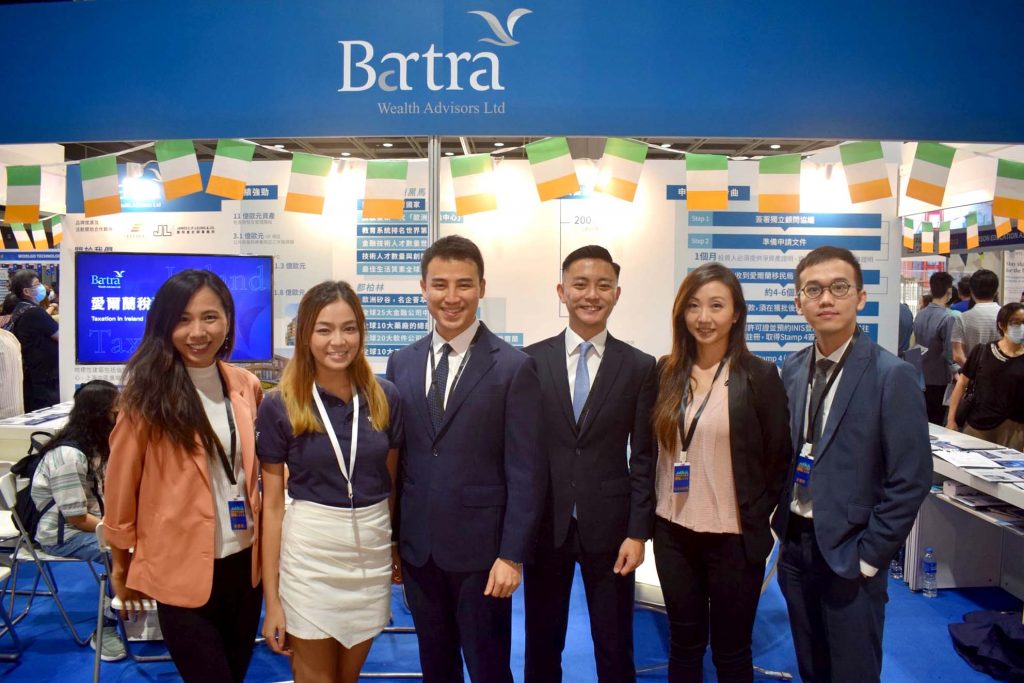 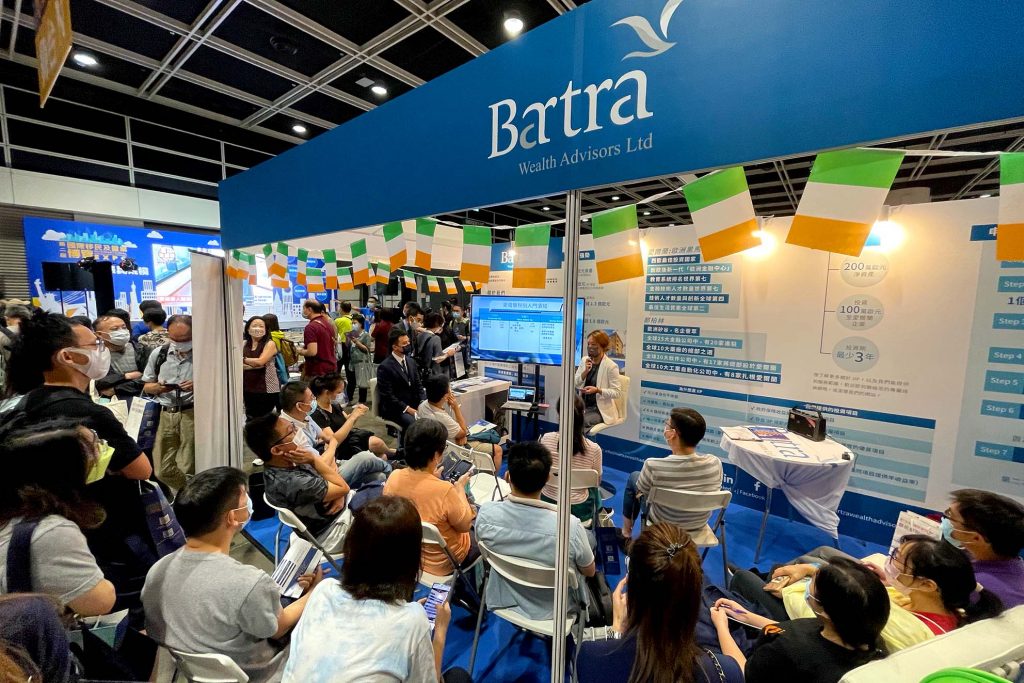 Bartra Wealth Advisors recently held small seminars on Irish immigration in the “2nd Hong Kong International Immigration and Property Expo” at the Hong Kong Convention and Exhibition Centre, which was well received by the public.

Bartra Wealth Advisors prides itself on delivering streamlined, in-group, end-to-end services. Its unique business model supports clients throughout their investment and immigration journey, from immigration advisory and government backed IIP projects through to exit executions. It maintains a 100% application approval rate and a 100% renewal rate. 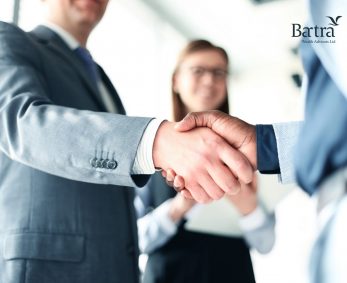 Bartra has announced the repayment in 2022 of €93 million to investors who invested in social housing and nursing home...
Read More 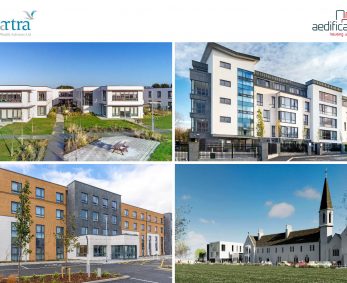 On 19 August 2022, Bartra Healthcare announced that it has sold a portfolio of nursing homes to Belgian Real Estate...
Read More 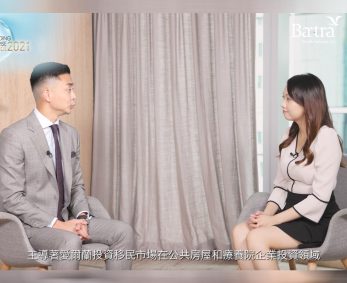 As a result of its good reputation and the high-quality of services offered, Bartra Wealth Advisors received the ‘Outstanding Irish...
Read More 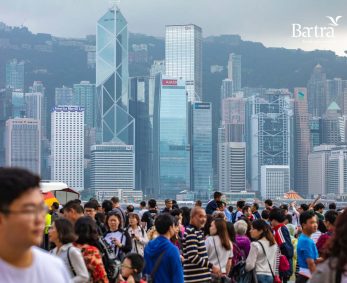 Nearly 80 percent of respondents have an intention to emigrate, Ireland ranks in top three most popular Hong Kong emigration destinations

Nearly 80 percent of respondents are considering or will consider moving aboard, a survey from the immigration arm of Irish...
Read More